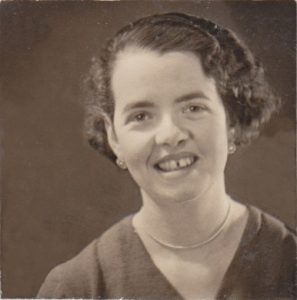 Today we celebrate the inspirational tenacity of our pioneering founder Elizabeth FitzRoy, 60 years on from when she set up our first ever service, Donec in Grayshott, Surrey.

When Elizabeth FitzRoy adopted a young boy, Michael, who had Down’s Syndrome she was horrified to be told that he would fare better in an institution. Elizabeth was strongly against forcing people to live in a prison-like way with little independence. It was clear that the best care and support came from living in a safe, loving and supportive home.

Worried about the lack of understanding, respect and support that Michael received, Elizabeth joined forces with other parents of children with learning disabilities. She was determined that Michael should get the education and choices that other children had. She campaigned up and down the country, passionate in her belief that people with learning disabilities should lead ordinary lives and have the support they need to fulfil their potential.

As Michael got older and flourished, Elizabeth decided to do something about the institutions where so many people with learning disabilities were expected to live. She pioneered the idea of family-sized homes that enabled people with learning disabilities to receive individual support in a comfortable environment. In 1962 her dream became a reality when Donec, a small children’s home on the Hampshire-Surrey border, came up for sale. Undaunted by the cost of the house and the scale of the project, Elizabeth raised the money through contacts and fundraising, and Donec became FitzRoy’s first ever service.

She was strong-willed. A wonderful person. She sold her furniture to make money for Donec. She gave everything.

Cissie, the first matron of Donec said about Elizabeth

Sixty years on, demand for these homes and services is bigger than ever, and FitzRoy now supports more than 700 people with learning disabilities in over 70 homes and services across England. The values shown by Elizabeth FitzRoy remain the values of FitzRoy today – we see the person, we are brave and we are creative – and this threads through everything we do.

Philippa was six years old when she came to live at Donec and she celebrated her 65th birthday at home there last year.

Phillipa’s sister Caroline said: “Donec has always been a very happy home for Phillipa, thanks to the love and dedication of the staff.

“Phillipa lives such a fulfilled life at Donec, from annual holidays to theatre outings to wrestling matches! Now she has reached her 65th year, she is content with taking life at a slower pace.”