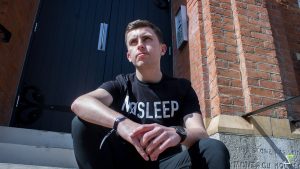 Some people take on sponsored races, others take part in charity football matches, but pro gamer Jason is getting ready to put his skills and endurance to the test when he takes part in a 24 hour gaming marathon – all in aid of Love4Life.

After being inspired by other live streamers who have raised money for charity in this unique way, Jason – who in the daytime is a finance assistant at FitzRoy – decided that there was no better time to take on the challenge.

Jason, who works in the finance department at FitzRoy, told us: “I am going to be going live on my Twitch channel and live streaming for 24 hours without sleep. It sounds easy because people think gamers do that anyway, but it’s actually going to be really difficult. It’s great that people who are into gaming have the chance to fundraise just like anyone else. It’s the same as doing a sponsored run or a charity football match – I’ll be raising money doing something I already enjoy.”

Jason wants the money raised to go towards Love4Life, a friendship and dating project for adults with learning disabilities and autism.

I’m raising money for Love4Life because with everything going on at the moment, a lot of us are seeing what it is like to be isolated for the very first time. This could be the daily reality for a lot of people with learning disabilities and autism. Without Love4Life, this sense of isolation would be their every day. 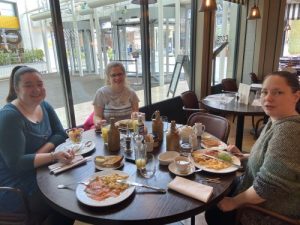 “We all go bowling with our mates, we all go on dates – Love4Life just allows people who need the extra support to be able to do these things too, and gives them the confidence to do it.

“I have seen other gamers fundraising, and it definitely put it in the back of my mind that I could do the same. It’s brilliant to have a chance to give back while doing something I love. There’s never been a better time to donate money to a great cause like Love4Life.”

And is Jason ready for the challenge of his gaming career?

“I’m planning on doing 12 hours straight this weekend to build myself up to the big 24 hour stint next week. If I can make it through that I should be okay! The hardest part is going to be keeping myself engaged fully for the 24 hours – as well as hydrated and fed! It’s going to be incredibly hard but I’m ready for the challenge.”

Sponsor Jason For His 24 Hour Charity Stream By Clicking Here.